“In short, Monroe County Community College is your college, Mr. and Mrs. Citizen.  You created it, you support it, you use it.  That’s why we’re here, and that’s why we operate with you in mind.”
- Dr. Ronald Campbell  |  MCCC’s First President

Monroe County Community College is a public, two-year institution supported by tax monies from Monroe County, educational funds from the state of Michigan and student tuition. The Monroe County Community College District was formed on June 29, 1964, by the electors of Monroe County. On July 3, 1964, the district was given statutory authority under the provisions of Michigan Act 188 of the Public Acts of 1955 to function as a community college. The 210-acre Main Campus is centrally located in Monroe County with easy access to Detroit and Toledo. The Whitman Center in Bedford Township near the Michigan-Ohio border offers a wide selection of courses.

In 1964, Monroe County Community College brought something to Monroe County that had not existed before – the opportunity to obtain a college education locally.

Since then, nearly everything has changed – the things that concern us, what we talk about, our lifestyles, styles in general, what makes headlines, what doesn’t. Our place in time is moving so rapidly that we often don’t stop to think about how far we have come and where we are headed.  In viewing our journey so far – through all the changes – Monroe County Community College has remained a constant within the community, evolving with the times to adapt to changing needs and continuing a record of excellence and service. 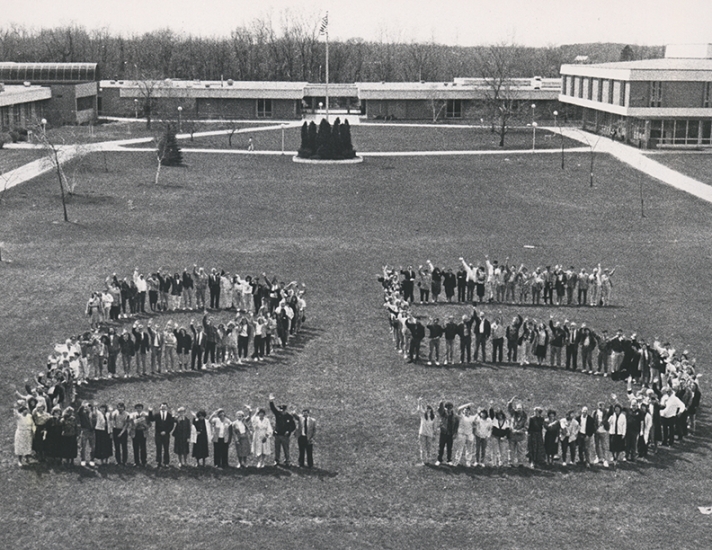 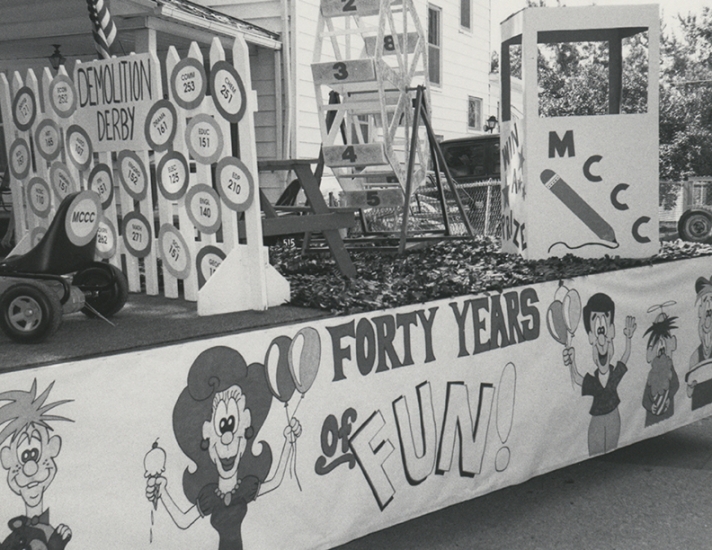 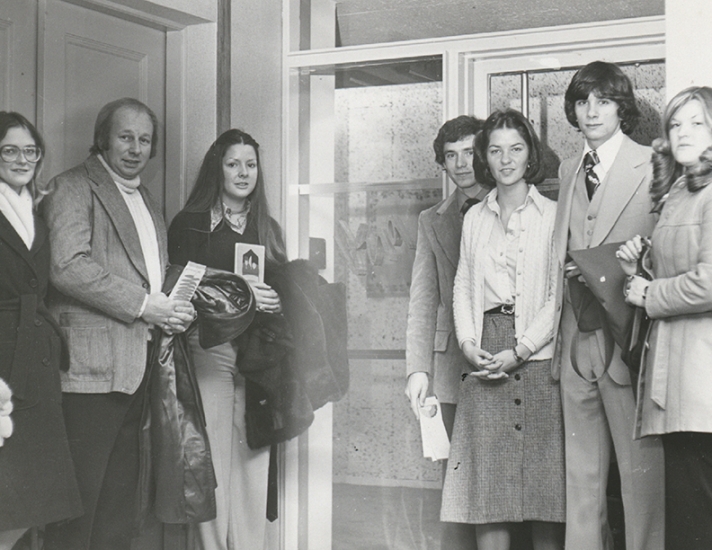 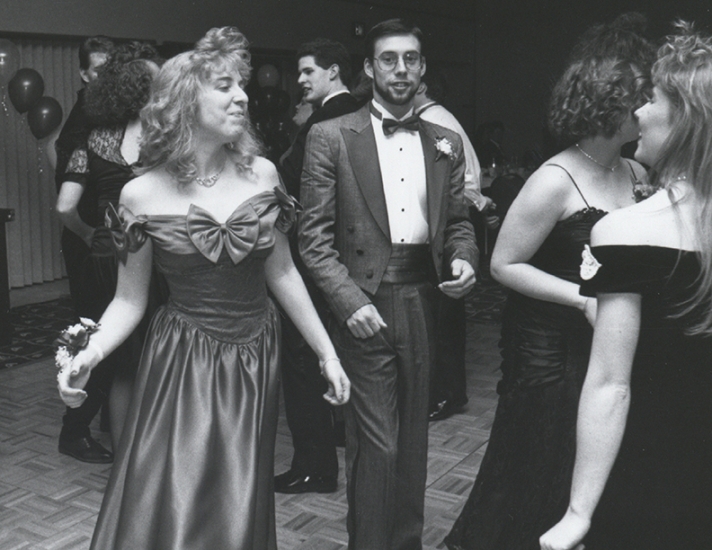 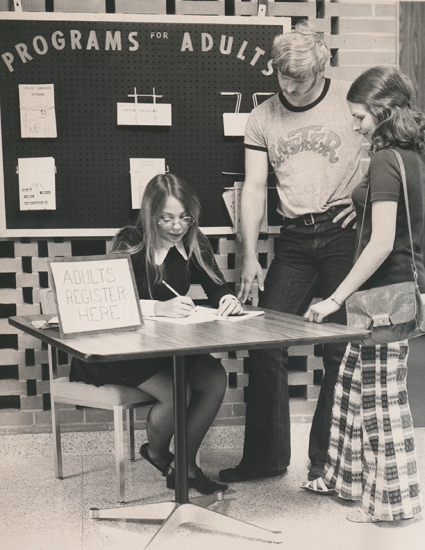 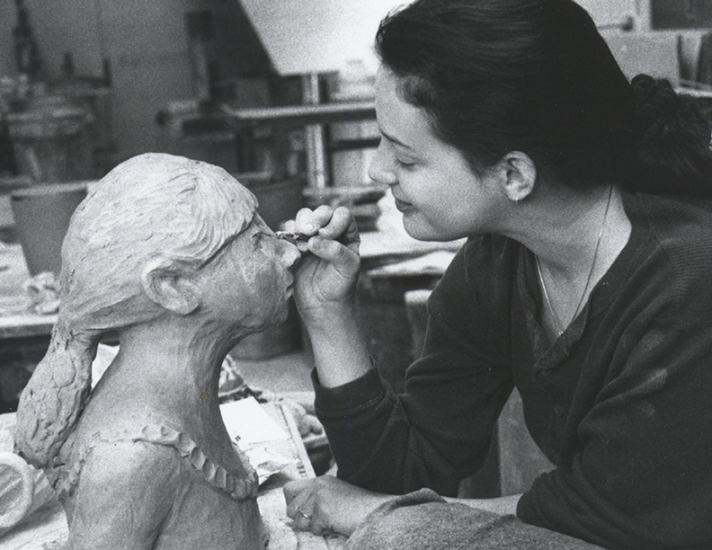 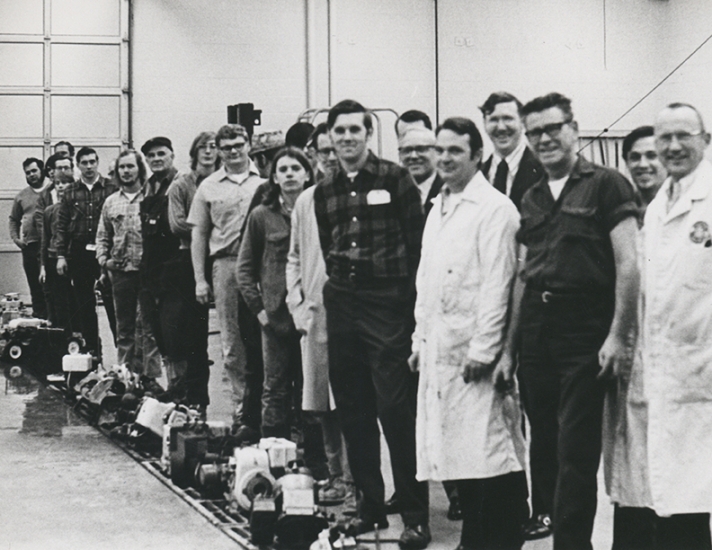 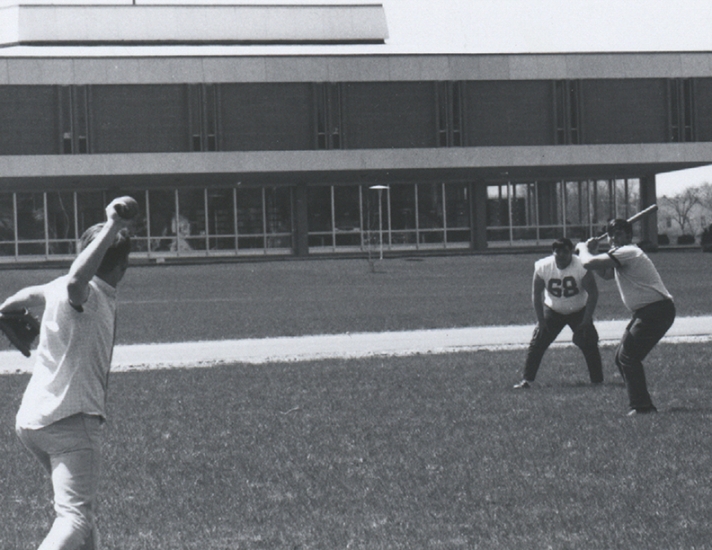 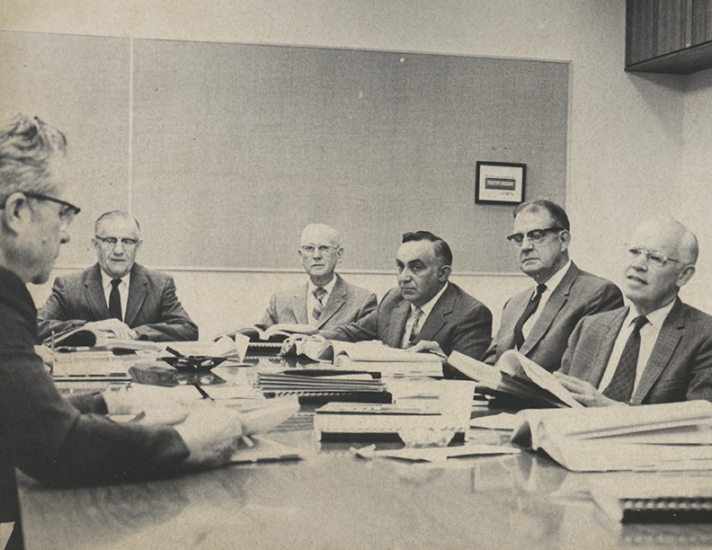 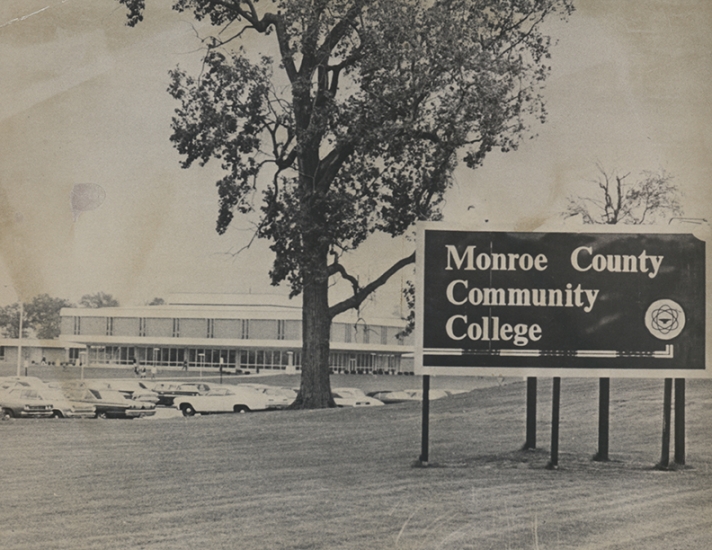 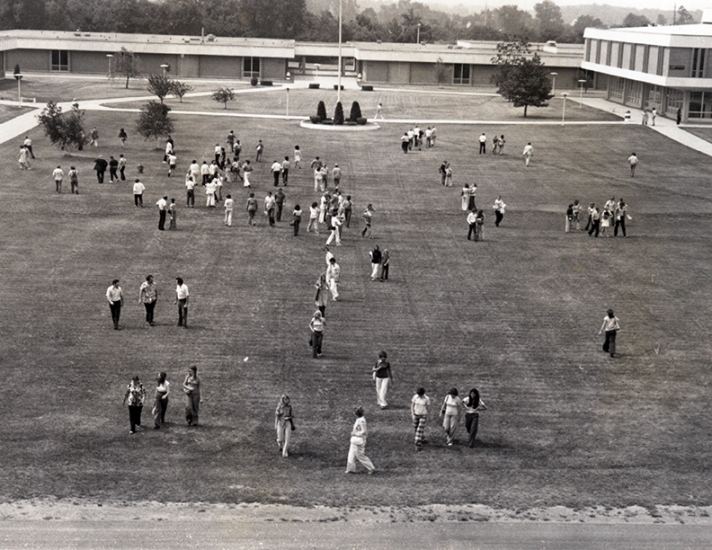 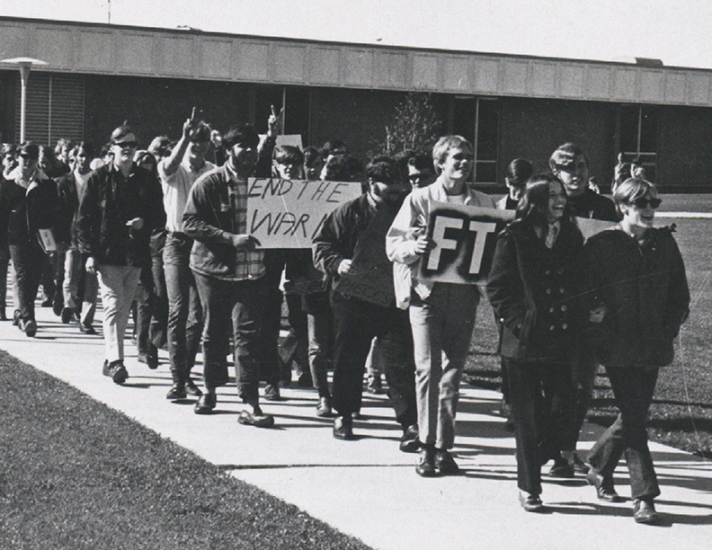 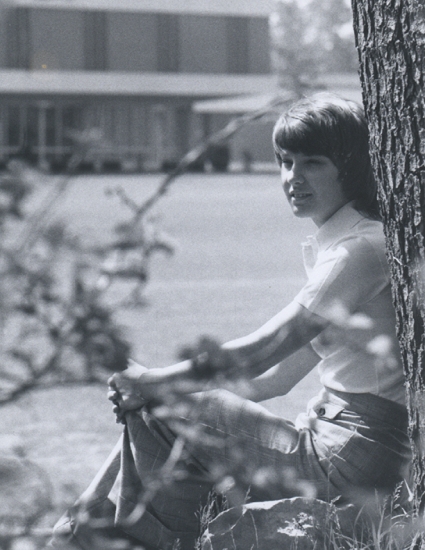 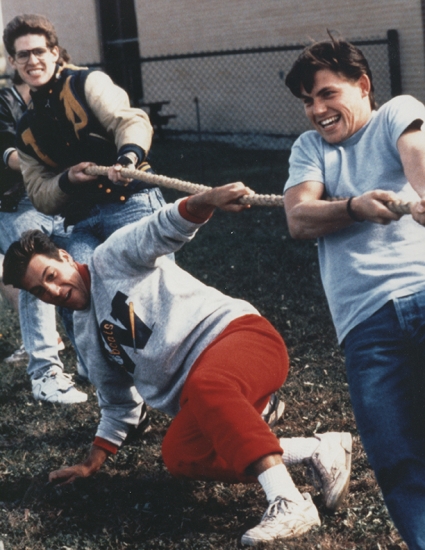 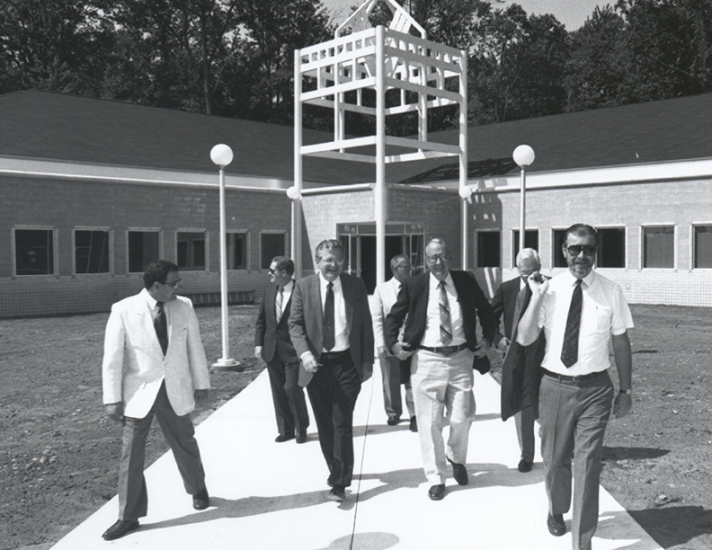 Monroe County Community College was officially created on June 29, 1964 when the citizens of Monroe County voted by a nearly two-to-one margin to establish a community college district. Dr. Ronald Campbell, MCCC’s first president, was charged with creating a community college from scratch. The seeds that grew to become MCCC were planted long before any votes were tallied, and the hard work of cultivating and nurturing the institution went on long after and continues to the present day.

A Burgeoning Institution of Higher Learning

MCCC received accreditation from the North Central Association of College and Secondary Schools in 1972. Throughout the 1970s and into the 1980s, curricula were developed for many new academic programs, including environmental technology, nursing, labor studies, automotive service, materials management, respiratory therapy, radiologic technology, computer operations, welding technology, culinary skills and management, word processing, child care technology and social work.  Athletics at the college flourished with notable performances by players and coaches. From its beginning in 1966, the MCCC Huskies’ athletic program was highly successful, but budgetary and facility limitations shelved it in 1980.

Operating funds proved to be a concern for the district, and after one year of operation at the new campus, the ability to maintain fiscal solvency and to operate a first-class college was in question.   In 1980, the Board of Trustees decided to try for a 13th time to ask voters for a millage increase. This time the college’s request passed, and since that pivotal day on August 5, 1980, the college has enjoyed financial stability.

On January 1, 1986, the college’s second president, Gerald D. Welch took office.  In his first year as president, Welch appointed a committee of faculty members and administrators to develop a new governing system, and the result was a shared governance system that consisted of a series of standing committees on which faculty members could serve. In 1988, a major construction and renovation project began on Main Campus. The construction project on the south end of the Student Services/Administration Building added Corporate and Community Services offices, a Financial Aid Office, a conference center, art classroom, faculty offices, staff lounge, student commons, culinary skills lecture/demonstration lab and an instructional dining room.  Further renovations included a materials-testing lab, grinding booths, and robotics and support equipment lab in the East Technology Building.  An electronics lab/classroom, circuit construction room, printed circuit-board construction room, and microcomputer and motor-control lab were added to the West Technology Building.  These construction and renovation projects were completed in 1990.

Also in 1990, the Board approved the construction of a college facility in the south county area.  Responding to the college’s need, Paul Whitman, a south county entrepreneur, donated 10 acres of land located on Lewis Avenue in Temperance.  Opened to students in September 1991, the Whitman Center houses 10 classrooms, including the Business Learning Lab, a computer classroom, a multipurpose lab, a student lounge and administrative offices. That same year, MCCC entered into an agreement with Siena Heights University to offer entire baccalaureate programs at the Raisinville location, allowing students to earn a bachelor’s degree in a variety of areas without ever having to leave the MCCC campus.

Faced with increasing drainage problems, the college began working with landscape architects in the fall of 1990 on a topographical makeover of the Main Campus. Work began in May 1991 on this makeover, including constructing an 80-car parking lot south of the technology buildings, expanding the drainage system, excavating a retention pond, and re-contouring land in the central campus area into a picturesque central mall. The project was completed in August 1991.

In 1997, MCCC’s Health Education Building opened.  The 50,700-square-foot facility includes a multi-purpose room, a dance-aerobics room, a fitness center, nursing and respiratory therapy labs, classrooms, a CPR lab, a child care center and faculty offices. Also in 1997, the Board of Trustees established The Foundation at Monroe County Community College.  By authorizing the legal establishment of The Foundation, the Board vested it with the power and means to raise funds.

In 1999, the College received a $1 million dollar donation from Shirley A. Meyer to establish the Richard M. and Shirley A. Meyer Endowment for the Arts.  The funds were to be used for construction of a performing arts center and enhancement of the cultural arts programming at the college.

On May 20, 2000, the College’s third president, Audrey M. Warrick, took office.  A complete redesign of MCCC’s library took place during the 1999-2000 academic year.  During the 2000-2001 academic year, more major renovation projects were completed, such as renovations to the Cellar (student lounge), installation of a new campus-wide emergency alarm system, and completion of renovations to the library, the welding lab (ventilation) and the auto lab – which became the new Regional Computer Technology Center.

In June 2002, construction began on the Instructional Center for Business Training and the Performing Arts.  The 53,000-square-foot facility was designed for versatile and continuous use to meet the emerging needs of business and industry, the community and the local economy.  In addition, MCCC initiated Phase I of the science lab renovations — two chemistry labs in the Life Sciences Building.

On August 1, 2003, the College’s fourth president, Dr. David E. Nixon, took office. In July 2004, to recognize a $2 million contribution toward the construction of Instructional Center for Business Training and the Performing Arts, the Board of Trustees officially named it the La-Z-Boy Center.  This generous gift by the La-Z-Boy Foundation and the La-Z-Boy family completed The Foundation at Monroe County Community College’s Capital Campaign – Realizing the Vision.  In total, the campaign to help fund the La-Z-Boy Center raised nearly $4.4 million, surpassing its original goal of $3 million by more than 45 percent. In addition to the funds raised by the capital campaign, the college pledged $3 million from its general fund, and $6 million was provided by the State of Michigan to fully fund this $12 million facility.

The La-Z-Boy Center and Meyer Theater officially opened on October 5, 2004. The centerpiece of the structure is a 550-seat performance space (the Richard M. and Shirley A. Meyer Theater).  The facility includes corporate training facilities, a music rehearsal room, a scene shop, the Board Room and a large atrium.

In the fall of 2003, renovations to two chemistry labs were completed, and Phase II of the science lab renovations (two biology labs), which began in May 2004, was completed.  The physics and physical science classroom and laboratories (Phase III) were renovated in the summer of 2005. This included the anatomy and physiology labs, the physical and geosciences labs, and the physics lab.  Phase IV of the science lab renovations took place in the summer of 2006, with work being done on two general-purpose labs.   In April 2011, officials cut the ceremonial ribbon to mark the completion of a major Detroit Edison solar array on the MCCC Main Campus.  Construction was completed on the Career Technology Center in fall 2013. The $17 million, $60,000 square foot facility provides infrastructure required to deliver instruction and skills necessary to secure high-growth, high-demand and high-paying jobs in the area of applied science and engineering technology.  The state of Michigan financed half of the cost of construction of the CTC, and the college funded the other half through existing funds and a capital campaign – “Realizing the Vision: Powering the Workforce of Tomorrow" – in support of the facility.  Among the major gifts were a $1 million donation from the DTE Energy Foundation (which will also be used to promote diversity at the college) and a $500,000 donation from the La-Z-Boy Foundation.

Preparing for the Future

Nearly 20,000 students have graduated from Monroe County Community College since that monumental day in 1964, and the institution continues to evolve to best serve the higher educational needs of Monroe County in an ever-changing world.

On August 1, 2013 Dr. Kojo Quartey became the fifth president in the history of MCCC.  Quartey brought with him an unwavering commitment to promoting the power of education – specifically community college education.  Quartey has immersed himself in the culture of MCCC and the community by individually meeting with as many faculty and staff members and community residents as possible and making countless appearances at local schools, civic clubs, non-profit organizations, small businesses and corporations. Under his leadership, the college embarked on two extensive college-wide planning initiatives – a 2014-17 strategic plan and the college’s first-ever enrollment management plan.

In 2016, Monroe County voters approved an additional .85 mill property tax levy for MCCC for a period of 5 years. The money generated by the 5-Year Maintenance and Improvement Millage is being used for critical maintenance and renovation projects that will protect the community’s more than 50-year investment in the college’s buildings and infrastructure.  Included are projects to enhance and improve safety and security, bring facilities up to standards for people with disabilities, update technology network infrastructure, renovate specific areas to maintain and improve the academic environment, and ensure and maintain the overall quality of campus-wide facilities.

In 2017, the college embarked on developing a new strategic plan that will chart the college’s course through 2021 and beyond.  As part of this process, MCCC unveiled a new mission, vison and core values in 2018.

Monroe County Community College is dedicated to the idea that the most precious resource of our nation resides in the many and varied abilities of its citizens.  It looks to the future as a time of promise – new hopes, new goals and new ways to help the community we serve.