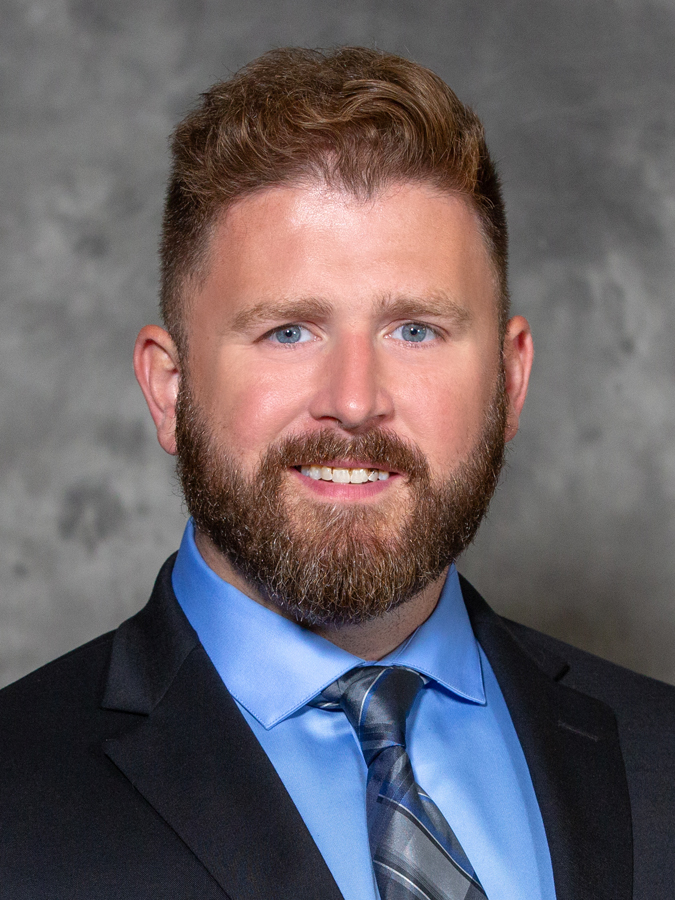 At its regular meeting last night, the Monroe County Community College Board of Trustees presented the 2020 Alumnus of the Year Award to Dr. Justin Chamberlain.

The award was originally slated to be presented at the 2020 Commencement Ceremony, but that event was cancelled due to COVID-19.

The Alumnus of the Year Award recognizes and honors outstanding alumni who have made significant contributions to their career field, community and the college. It was established by the Board of Trustees in 1996.

He earned his associate degree in nursing from MCCC in 2004 and served as a registered nurse in the University of Michigan Hospital’s critical care medicine unit from 2004-2008.  While working as a nurse, Chamberlain continued his education at UM-Ann Arbor and graduated with a bachelor of science in cell and molecular biology in 2007.

He has had research articles published in two peer-reviewed academic journals – Plastic and Reconstructive Surgery in 2012 and Biomolecules in 2017 – and made numerous oral and poster presentations in the U.S., Canada and Germany about a myriad of topics such as epidural analgesia, migraine surgery and extracorporeal support in donors after cardiac death.

Chamberlain serves on the Cost Value Analysis, Surgery Department Peer Review, and Pharmacy and Therapeutics committees at ProMedica Monroe and is a member of the American Medical Association and the American College of Surgeons.  He is a past member the American Society of Anesthesiologists, Society of Critical Care Medicine and the Michigan Nurses Association.

“Dr. Chamberlain exemplifies the very best of Monroe County Community College,” said Lynette Dowler, chair of the MCCC Board of Trustees. “After earning a two-year, occupational degree at MCCC and going on to immediately serve in a high-demand field as a nurse, he did not stop there.  He transferred to a prestigious university to earn a bachelor’s degree and then a medical degree.  After finishing his residency, he ultimately decided to return to Monroe to serve his community as a surgeon.

“Our students can look to alumni like Dr. Chamberlain and envision all the great things they can accomplish by starting out at MCCC.  We are so appreciative and proud of what he has accomplished and what he has done for our community – he is such a great role model for our students.”

“Dr. Chamberlain has been an excellent addition to our medical staff, working as a completely engaged and supportive physician and an excellent role model for other young physicians,” said Darrin Arquette, president of ProMedica Monroe Regional Hospital.  “He relates easily with staff, probably because he was a staff member, working as a nurse for several years.  He understands and appreciates all the hard work that happens after a physician writes an order.  He has quickly made a positive impact on this hospital, and we no doubt anticipate an even bigger impact from him in the future.

“Dr. Chamberlain exemplifies ProMedica’s mission of improving your health and well-being.  He listens to his patients’ concerns and treats them as if they were his own family.  Dr. Chamberlain is such an asset to ProMedica Monroe Regional Hospital. We are delighted to have him as part of the ProMedica family.”