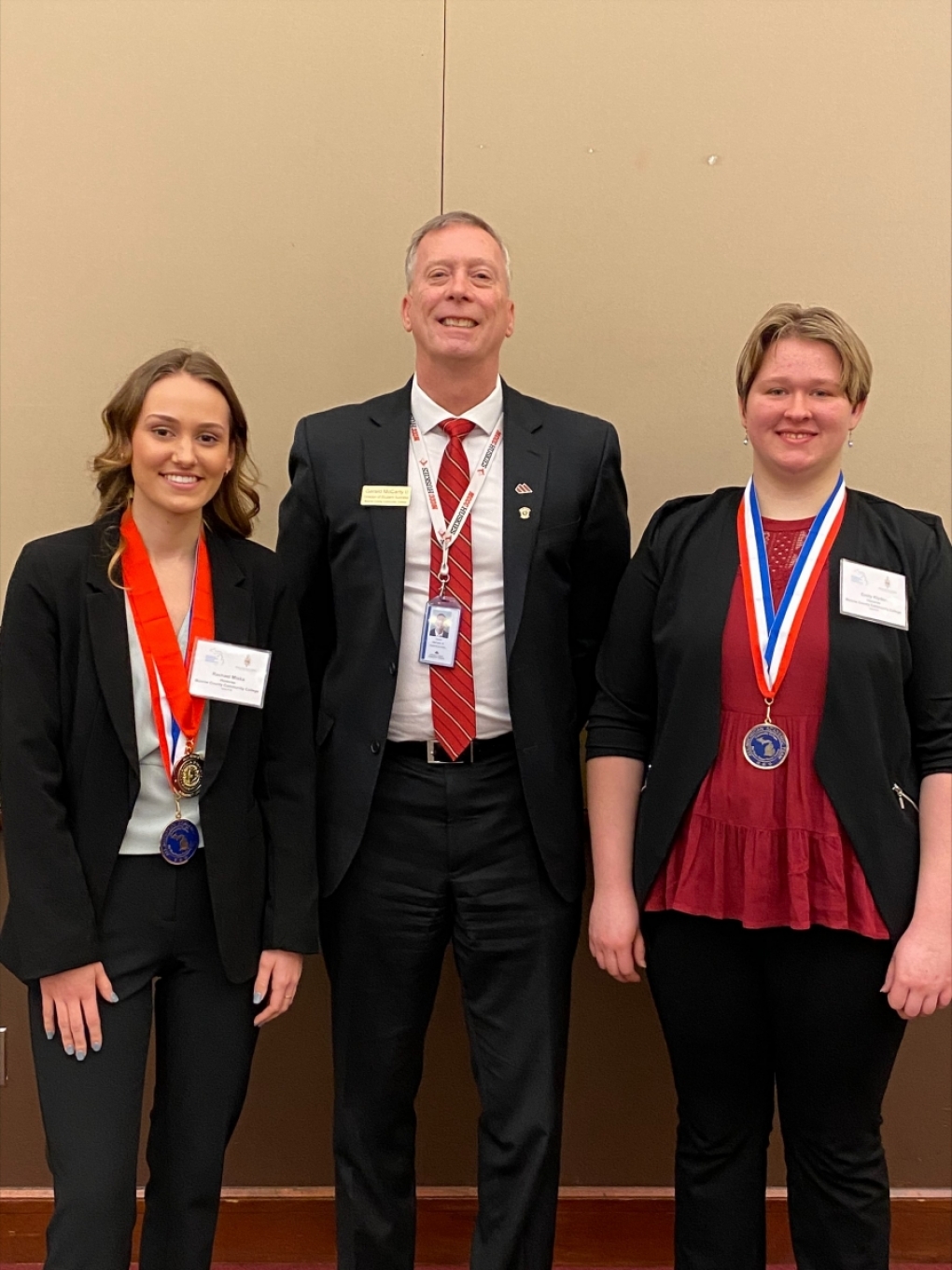 MONROE, Mich. --  Monroe County Community College students Rachael Miska of Newport and Emily Klyder of Monroe have been selected to the 2022 All Michigan Academic Team by the Phi Theta Kappa Honors Society, the official honor society for two-year colleges.

Miska and Klyder were nominated by MCCC based on their academic achievement, community service involvement and leadership accomplishment. To be part of Phi Theta Kappa, students must have a cumulative grade point average of 3.5 or higher and have completed at least 12 hours of coursework towards an associate or bachelor’s degree or 6 hours of coursework toward a 1-year certificate.

“The Coca-Cola Scholars Foundation has a long history of providing financial assistance to outstanding students at community colleges,” said Jane Hale Hopkins, president of the Coca-Cola Scholars Foundation. “We are proud to partner with Phi Theta Kappa to make it possible for more deserving students to achieve their educational goals and support tomorrow’s leaders of the global community.”

Miska attends the Monroe County Middle College on MCCC's campus and is dual enrolled as an MCCC student. She plans to major in nursing at MCCC, and her ultimate goal is to pursue further education to become a nurse practitioner. She is the vice president of MCCC’s Phi Theta Kappa chapter. Miska participates in various community service projects, is a member of MCCC Student Government and the college’s Honors Program, and serves as a peer tutor.

Klyder, who is also a Monroe County Middle College student dual enrolled at MCCC, plans to further her education in pre-medicine at a university and eventually become an orthopedic surgeon. She studies multiple languages in her spare time to prepare for her biggest dream, which is to participate in medical missions. She is president of MCCC’s Phi Theta Kappa chapter.

Phi Theta Kappa recognizes the academic achievement of college students and provides opportunities for its members to grow as scholars and leaders. Established in 1918, Phi Theta Kappa has a presence on almost 1,300 community college campuses in 11 nations. The American Association of Community Colleges recognized Phi Theta Kappa as the official honor society for two-year colleges in 1929. More than 3.5 million students have been inducted since 1918, with approximately 250,000 active members in the nation’s community colleges, making Phi Theta Kappa a true catalyst among members and colleges. Learn more at ptk.org.

About the Coca-Cola Scholars Foundation