A STATEMENT FROM MCCC PRESIDENT DR. KOJO A. QUARTEY ON THE PASSING OF PRESIDENT EMERITUS DR. DAVID E. NIXON 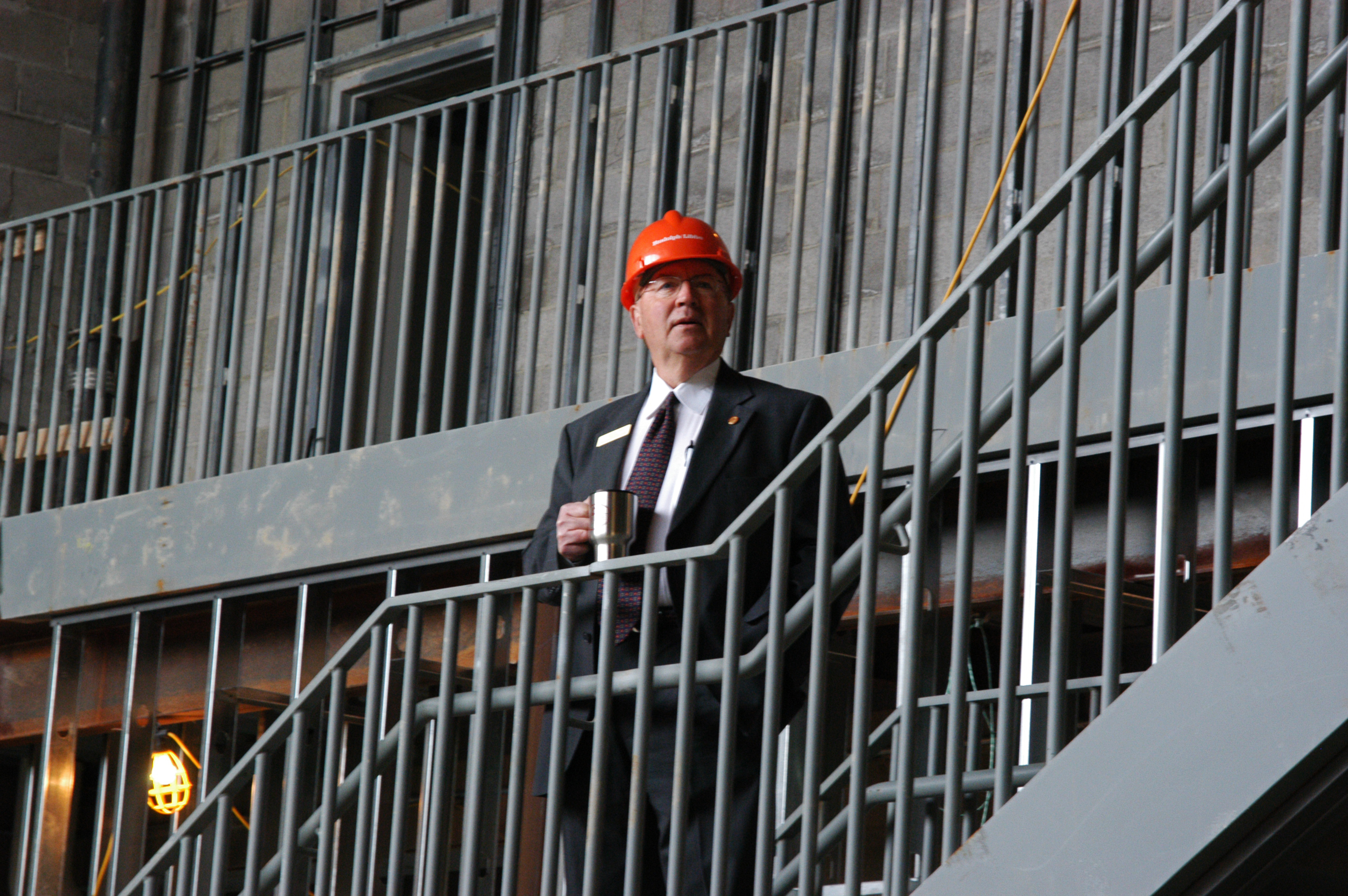 Dr. Nixon, who served as MCCC’s president from 2003-2013, was a visionary leader who dramatically expanded the level of support and awareness of the college’s mission and educational opportunities for students and citizens.

We are extremely grateful for the profound commitment Dr. Nixon had to MCCC, as he led us through such a dynamic period in the college’s history – a period that included major new facility construction, record enrollment, increasing endowments, new scholarships, and start-up of new programs and business partnerships. This period also included many challenges caused by dwindling resources and Michigan’s longest recession.

He began his tenure as MCCC’s fourth president – following Dr. Ronald Campbell, the late Gerald Welch and Audrey M. Warrick – on August 1, 2003 after coming to MCCC from Iowa Lakes Community College in Estherville, Iowa, where he served as the chief administrative officer of the Emmertsburg (Iowa) Campus.

When Dr. Nixon took the helm, MCCC was in the middle of a capital campaign for the facility we now proudly call the La-Z-Boy Center and Meyer Theater. He fully embraced the opportunity the campaign offered for him to embed himself into the community and expand the level of understanding and support for the college.

While president, Dr. Nixon often shared the talents he gleaned as a professional broadcaster and communicator – his chosen career field prior to higher education. He served as official master of ceremonies at dozens of significant community milestones in Monroe County, such as the dedication of River Raisin National Battlefield Park and the River Raisin Heritage Trail. But, more than a polished public communicator, he served in a critical leadership capacity on all of those major community projects.

Some of the signature MCCC accomplishments under Dr. Nixon’s leadership included:

Upon his retirement in 2013, Dr. Nixon expressed his gratitude for the contributions of MCCC’s employees and appreciation for the opportunity given to him by the Board to serve as MCCC’s fourth president.

“MCCC’s faculty and staff persisted in academic excellence, developing new jobs and career programs [and] expanding community partnerships that reach beyond geographic boundaries,” he said, adding that he was profoundly appreciative for “the opportunity to lead, learn and grow in a community of hard working people and generous donors who helped build campus landmarks like the La-Z-Boy Center/Meyer Theater and the new state-of-the-art Career Technology Center for the job seekers of the 21st Century.”

Dr. Nixon leaves a legacy of leadership that propelled Monroe County Community College to reach new levels of service to the community by embracing many new partnerships that expanded educational opportunities for MCCC students, all during extremely difficult economic times. He was energetic, passionate, entrepreneurial, thoughtful and so very student-focused. We are forever grateful for his dedication to the community and the college and the indelible impression he left on all of us.

Our deepest condolences go out to Dr. Nixon’s entire family.

Founded in 1964, Monroe County Community College is a public, two-year institution supported by tax monies from Monroe County, educational funds from the State of Michigan and student tuition.

The college’s mission is to lives in our community by providing opportunity through student-focused, affordable, quality higher education and other learning experiences. The Main Campus is located at 1555 South Raisinville Road, Monroe, Mich., 48161, with easy access to Toledo and Detroit.  The Whitman Center is located at 7777 Lewis Ave.,Temperance, Mich., 48182, near the Ohio-Michigan Border.  Detailed information about MCCC is available at www.monroeccc.edu.